Skip to content Skip to navigation
Economics and Business Management 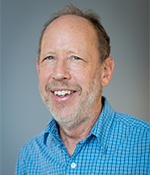 Robert Innes is a Professor of Economics and the County Bank Chair at UC at Merced. He has published research in microeconomic theory, industrial organization, finance, agricultural policy, environmental economics, and law. His work in agricultural and environmental policy has addressed issues such as livestock waste management, automobile regulation, soil depletion, the design of crop insurance, optimal commodity program structure, endangered species policy, safe drinking water, credit market policy, antitrust regulation, and voluntary pollution reduction programs. His recent research focuses on questions surrounding the economics of dishonesty, innovation in environmental technologies, child adoption, and property law. He is the recipient of the Hicks-Tinbergen Medal for outstanding research from the European Economic Association (1994), is a Fellow of the American Agricultural Economics Association (AAEA, 2005), and has received several research honors, including the AAEA’s Quality of Research Discovery (1994, 2000), Outstanding Dissertation (1987) and Publication of Enduring Quality (2007) awards. He was recently ranked 67 among all economists worldwide (first among agricultural, environmental and resource economists) based on the quality and extent of publications during the 1990-2000 decade. He served on the President’s Council of Economic Advisers in 1994–1995, where he developed a range of farm policy reforms ultimately proposed by the Clinton Administration for enactment in the 1996 Farm Bill. Professor Innes received his Ph.D. from the University of California, Berkeley. He served on the faculties of UC Davis from 1986 to 1991, and the University of Arizona from 1991 to 2009.